Art of the matter

I started creating images in MS Paint on my computer in about 2003, initially as an effective and inexpensive way to generate visual content for classes I was then teaching. The medium really lends itself to subjects like Geography, the topic of topography in particular. My students were able to produce satellite-like images of imaginary landscapes incorporating mountain ranges, river systems, lakes, coastlines, deserts, forests, tundra, savannahs and the like, as if viewed from miles above in outer space. The outlines of such images were then left to the imagination of individual students. Such exercises engaged students in a great deal of creativity, informed by scientific evidence. Magnifying images to 800% after using the spray can tool engages the creator in detailed manipulation of pixels in terms of colour, hue and their proximity to one another, much like Pointillism. The outcomes were both satisfying and akin to the representations of landscapes seen from above they were indeed intended to mimic, with the added bonus of being extremely creative.

I continued creating images in this medium over the years, but then had the opportunity to briefly try the more advanced PhotoShop software in about 2009. Although I did not immediately click with it, some elements of it spoke to me and I used it for a few images. Even though I never used it again thereafter, I instinctively kept on returning to segments of images in which it had been used. I transferred these into MS Paint and used and manipulated them over and over. I resized, squashed and elongated them, just like a blacksmith shaping metal, as if I were digitally recycling a limited quantity of scraps, shreds and samples of an image and using them to fashion new ones. As a result of limiting myself this way, a degree of continuity has been achieved throughout many images.

However, I only started producing hard copies of these images on canvas in the summer of 2019, born of the desire to view them outside the computer screen and to see how they appeared in a larger format when mingled with watercolour, oil or acrylic paints. The end results were better than expected and inspired me to continue with this endeavour on a number of selected images. The majority of images on this website have not as of yet undergone this final process and thus act as blueprints for future endeavours by myself, be they on canvas, aluminium, paper, glass, etc.

The idea of continuity and the interconnectedness of everything is a theme I try to explore in many images. I think vision is partially our perception of repeated patterns, so what is viewed thru a microscope becomes what you see through a telescope and vice versa. An all seeing eye sees the smallest sub atomic structures as if staring at the largest gas clouds in the universe, since similar patterns are repeated. This becomes very obvious when working at the level of magnified pixels, as the process becomes one of rearranging repeated patterns to either expand or reduce the overall litany of repetition, ironically arriving at differing effects. If I were a sculptor, my output would endeavour to allow those who could not see them to instead touch and feel elements of the same sculpture within different ones.

To affect this notion, I try and include parts of previous images in all my pictures. When this is not achieved, I place a moon, planet, asteroid, black hole, sun or meteorite to give perspective to a piece, placing the action squarely where it is occurring, somewhere spinning in the universe. Although I did not intentional set out to do this, the process by which I create images evolved this way: staring at pictures I had created, I would see patterns for another image within them or act upon the suggestions made by another viewer about what they could see.

A number of these images are now presented for viewing to a larger audience but in doing so it is assumed those doing so cordially respect copyright infringement laws as they relate to the rights of the creator. Thank you. 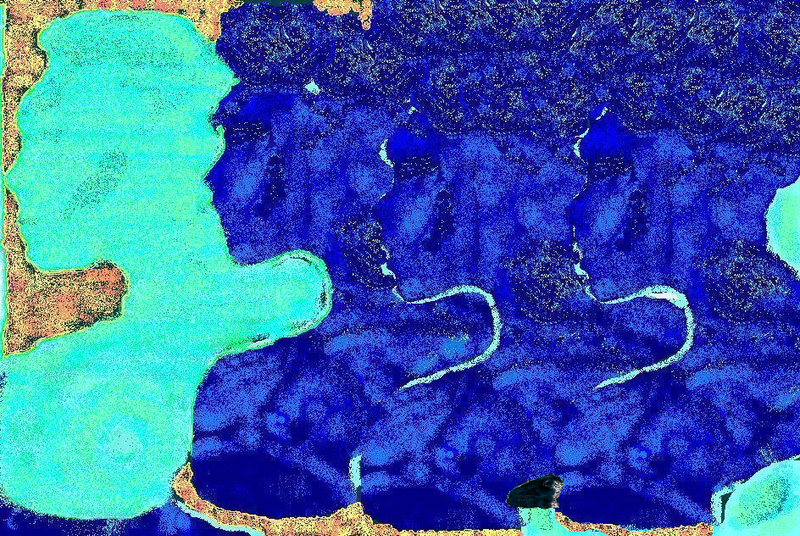 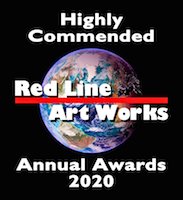